With certain companies and customers boycotting the latest Black Friday, maybe it’s time to consider what Black Friday will look like in the future. Will we just walk past those sales? 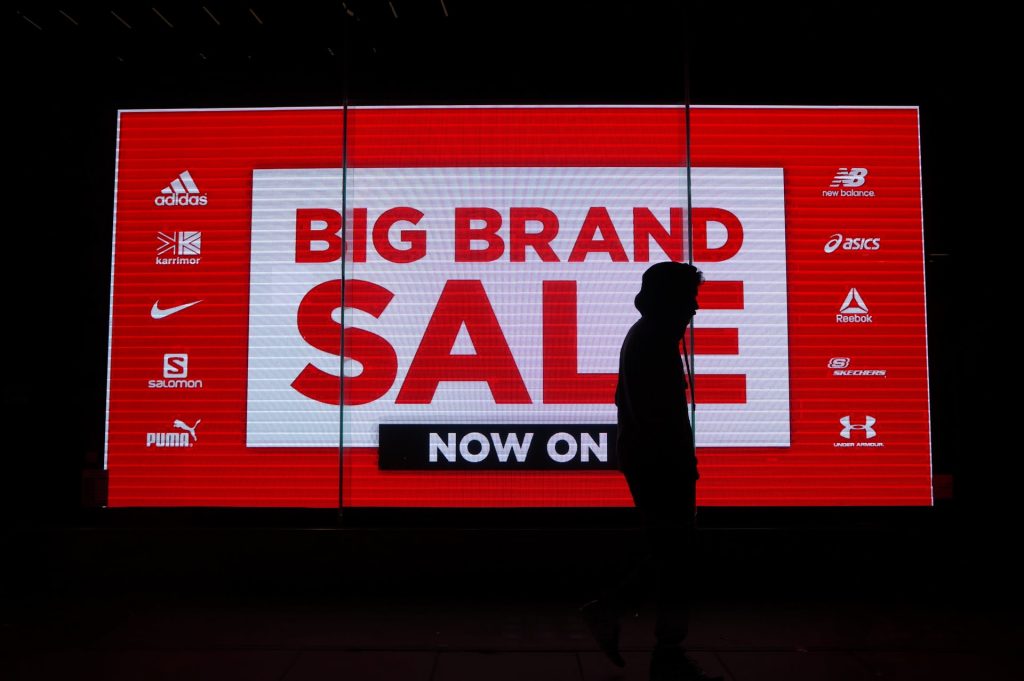 It’s not just about getting a good deal anymore, it’s about pressure, the pressure of potentially missing out on a good deal. It’s been a tough couple of years, COVID-19 has seen a rough start to the decade and changed a lot of things, including sales events.

Business and employment wise, many things have been up in the air. Some people have been hit particularly hard financially, and after this, they are sick of the pressure of consumerism.

Not only is this widespread cynicism creeping in, but these sales are starting to mean nothing. The entirety of November has now become a “Black Friday” event, with early deals tempting those who like to be prepared for Christmas.

Black Friday is Losing its Meaning

The less spontaneous of us may hesitate to make a purchase. We will cynically exhale through our noses and think: “Pft, yeah right, it won’t go back up even after the sales, I got time.”. We’ll then proceed to kick ourselves when the price does go back up. But how long does that price re-increase last?

Prices may go back up for a bit after Black Friday, but then we have the inevitable last minute Christmas deals, Boxing Day sales and January sales. This has been happening for a while now, we’re getting wise to it. 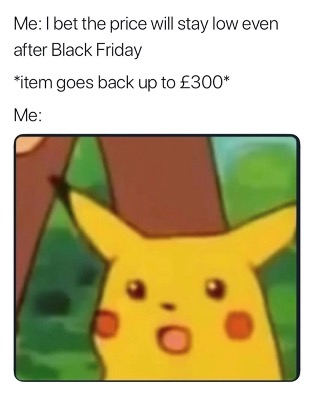 Things will surely change, trends usually do in marketing. You have to change it up a bit to keep making sales. The definition of insanity is repeating the same thing over and over and expecting different results. But let’s not let the sales drive us too mad.

Don’t worry, this blog isn’t all doom and gloom against Black Friday. We’re simply going to use our psychic powers to see what Black Friday and other sales events will look like in the future.

The History of Black Friday

Black Friday dates back to the 1950s in America, and the phrase is even older. Apparently first used in 1869, when the United States’ gold market crashed. It then became a retail sales term, with being “in the red” meaning poor sales and being “in the black” meaning good.

The sales event we know and love (or loathe) today was born when stores held discounts during an annual American football game that took place a day after Thanksgiving in the 50s and 60s.

When many tourists visited Philadelphia each year for holiday shopping and the football game, instances of shoplifting, accidents and troublemakers increased. Police had to work long shifts during these times and started calling the day “Black Friday”.

The UK adopted it much later, in 2010, thanks to none other than Amazon. Just a decade later and are we Brits sick of it already? And is America tired of it too?

The Downsides of Black Friday

If you’ve managed to get a good deal in the past, then you’ll probably be a fan of Black Friday. But as said before, the pressure to find those deals or miss out might now be getting to us.

Black Friday also doesn’t have the greatest reputation, you may have seen YouTube videos of the crazy fights over TVs in Walmart or the parodies of it in such shows as South Park.

So, between the panic buys, physical fights and those feeling the pressure, Black Friday may not be the best thing we’ve adopted from America (that award may go to The Simpsons or McDonalds, maybe both, depending on who you ask). 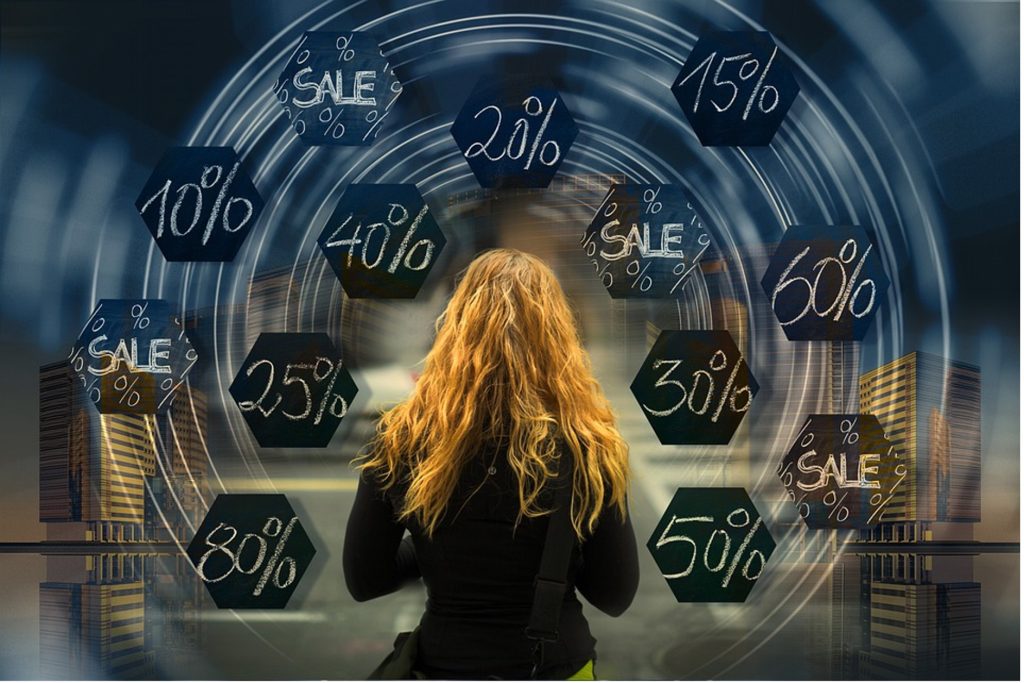 In 2005, Cyber Monday was introduced as an online alternative to Black Friday. But as shopping online has become more mainstream since then, Black Friday has also largely become an online event. Fighting over a 50-inch TV deal is slightly less painful through the internet, with the only injury likely to be sustained being disappointment if you miss out.

Whilst COVID-19 has encouraged online shopping more than ever, it also may have exhausted us of it, money has had to tighten for some more affected by the pandemic’s shockwaves.

Some corporations have decided to take a stand against Black Friday this year, offering alternatives and encouraging people to shop sustainably. Black Friday is associated with wastage with many people throwing away unused or unwanted items from their retail therapy splurge.

It’s not just throwing away items that’s the problem, it’s the home deliveries that surge during this period that are causing climate damaging effects. The influx of delivery vans emit tons and tons of greenhouse gas emissions, making up for a lot of the cancelled flights this past year by causing the same environmental damage instead.

As well as environmental, some companies have taken a stand for human rights reasons. Bangladesh is one of the largest providers of garments for big retailers and has even held protests against the huge demand placed on them due to the sales event. Brands have started to back up these workers and their unfair treatment.

There have been a number of alternate responses to Black Friday, such as:

Why Are People Joining the Stand Against Black Friday?

It’s not because they’re getting into grinch mode early. It’s because, along with the feeling of being pressured to buy things we don’t really need with a “limited time only deal”, people might also be getting sick of the psychological manipulation companies use.

A few sales on Black Friday have also been exposed as being the exact same price as they were before, but just being labelled as a Black Friday deal. It’s the same trickery as seeing a price crossed out and replaced with a price in red or yellow.

In marketing, A/B tests are common practice, testing out two different ways of doing a promotion. Studies (and memes) have shown that people prefer free delivery over a discount, which might explain Amazon’s success.

Even without the free delivery discount, if you’re paying around £4 for an all-inclusive delivery, you may think to yourself “Well, I really only want this one thing but if I buy more, it makes the delivery charge more worthwhile.” – it’s that consumer psychology creeping in again. 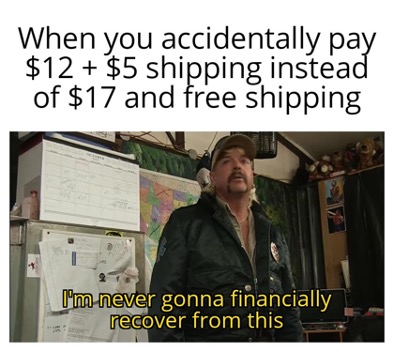 Of course, saving money isn’t a bad thing, grabbing a discounted bargain in a sale can be great. It’s just when those global sales become madness that can actually contribute to global disaster, maybe it’s time to rethink things.

Not to panic anyone, but the Doomsday Clock is currently at 100 seconds to midnight and we need to do what we can to reverse that. Not falling into a Black Friday Blackhole might help.

For anyone unfamiliar with the Doomsday Clock, it’s a symbolical clock created by the Bulletin of the Atomic Scientists in 1947. It represents how close that the scientists think we are to a man-made global catastrophe. The clock’s original setting was at 7 minutes to midnight, with midnight meaning Doomsday.

Though it sounds grim, the Doomsday Clock is luckily one of the very few clocks we can turn back. We can all make an effort by preventing wastage and the environmental damage that causes the clock to tick forward.

The clock itself has been set backwards and forwards 24 times since its creation. The farthest from midnight was 17 minutes in 1991, with the current 100 seconds being the nearest it’s ever been.

So Will Sales Change in the Future?

Okay so we’re not actually psychics, so we can’t say whether things will change next year. But if you’re reading this on Black Friday 2022… has anything changed?

Staying on top of trends is essential. Not for just going with the flow that leads to success, but to be able to reinvent it. Sometimes going against the grain of a popular event works.

If you need digital marketing help for your brand, Revive.Digital is here to help, contact us today