The rise of AI (Artificial Intelligence) and automation has been a double-edged sword for many.

On one hand, automation has streamlined and made people’s jobs easier, maybe less mundane or not as repetitive. On the other hand, it has made some people’s jobs obsolete – we’re being replaced!

However, all is not lost yet, we can still work together with the robots!

In this article, we’ll explore the role of AI and how digital marketing services can fit in. 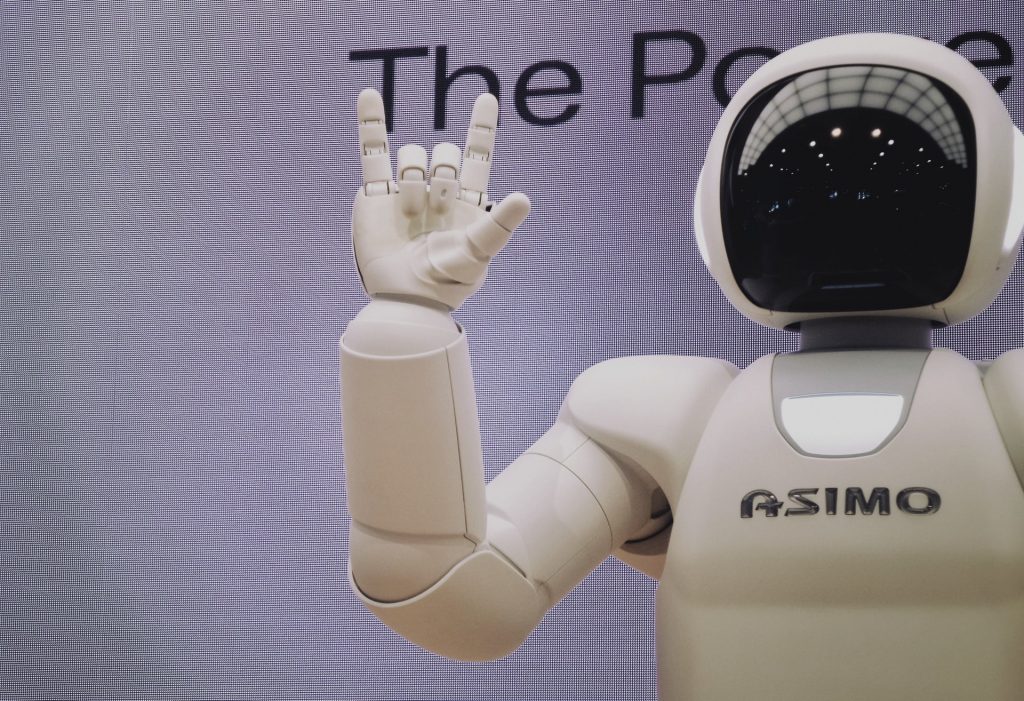 When software like Photoshop was first introduced, everyone was saying that it would be the end of designers. Instead, it made their jobs easier and more efficient. Now graphic designers are able to use automated effects like filters, smart selection tools and layers to create impressive work in half the time.

Software has now evolved to become more intuitive and user friendly. This means more of us can work together using software. Don’t forget AI is software too.

Though the concept still sounds like something out of a sci-fi movie, we are already surrounded by AI.

Autocorrect when typing (including in this article), spam filters on email, fingerprint or facial recognition on phones – all products of AI. Voice search like Siri, Alexa and Google are being added to more and more gadgets like TV remotes, virtual assistant technology, game controllers.

AI For Advertising and Digital Marketing

AI can also suggest people and pages to connect with on social media or products to buy based on your viewing history or what’s popular. So, if you’ve googled something like ‘digital marketing agency near me’ for help with your business or to look for a job – you may even start to see adverts for agencies.

AI can help to introduce a more personalised experience in digital marketing. Automation is already being used in emails, but AI can be used to send customised emails based on how a customer behaves and interacts with your business, based on their purchases or product pages they have visited. 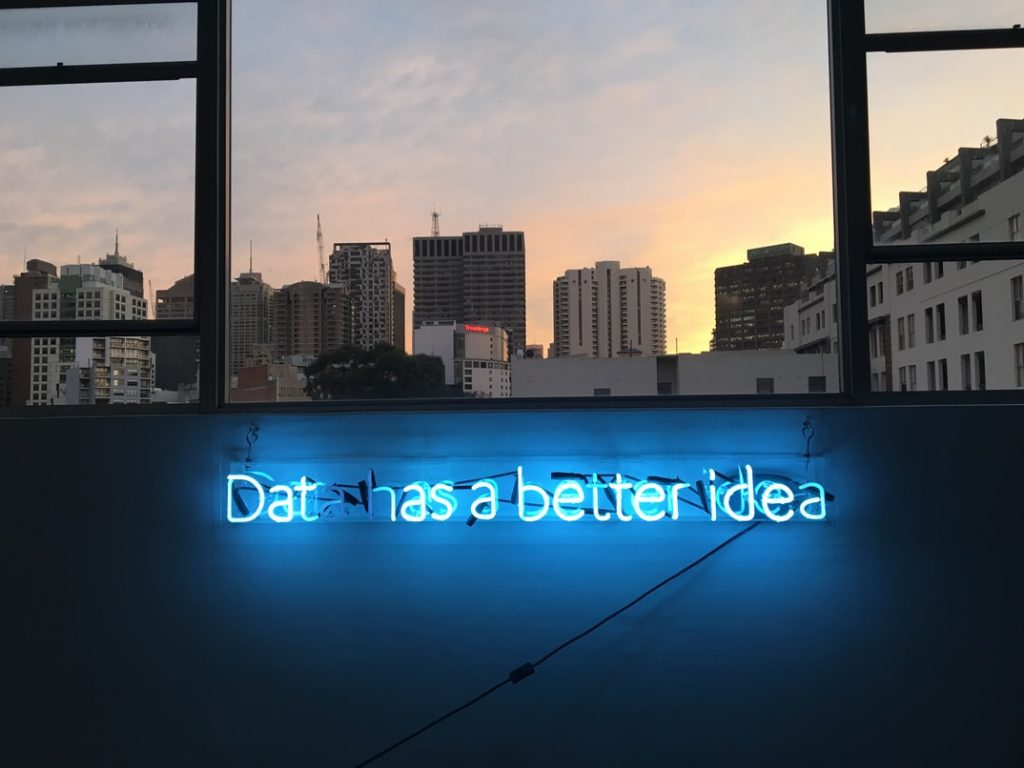 Data can be a literal goldmine; we have all become walking treasure troves of data. Our behaviours and interests are extracted and fed into Artificial Intelligence.

Though this might sound scary, before you start building a panic room in a terrified rush, it might be calming to know that data has been used for a long time.

In simpler forms data has been used from things like traffic census takers that count the number of people or cars passing through any one place. This data is then extracted by businesses and organisations in order to advance the development of cities, etc.

So, data is just evolving alongside AI and other technologies.

Data, AI, Digital Marketing and You

So how does data and AI fit in with digital marketing? With SEO (Search Engine Optimisation) and PPC content (Pay Per Click), the AI robots collect and present the data, and then humans interpret it in order to decide what’s working and what needs’ improving.

It’s up to the individual digital marketing agency and their skill on how they act on this information presented to them, and that’s what sets them apart from other agencies.

Using this data and having the skill to use this data in the right way blends human and robot interaction in perfect harmony to produce better, faster, harder, stronger results – just like Daft Punk would have wanted.

There Have Been a Few Attempts at True AI Advertising…

Back in 2015, the ad agency Saatchi and Saatchi created what they called “the world’s first ever artificially intelligent poster campaign”. The digital poster used a Kinect device, a motion sensor originally developed by Microsoft for Xbox consoles.

To avoid any ‘creepiness’ the device did not save or store images or data, it was described as being more akin to the mechanical reaction of an automatic door.

Also, as this was an experiment, it didn’t take the risk of using a real brand. Instead, the agency opted to base the poster around a fictional coffee brand.

There was also another machine as part of the device that wrote copy for the ad, to go along with the changing image. However, the computer-generated copy was described as “clunky” and “weird”.

Copywriters and designers might not have too much to worry about for now, but this was several years ago, and AI is always learning! It doesn’t get tired like humans either.

Don’t grab the computer smashing hammer just yet! A few more recent attempts at AI haven’t been perfect either. In 2016, a year after Saatchi and Saatchi’s attempt, Microsoft developed ‘Tay’ an AI chatbot, and unleashed it on Twitter.

Designed as an experiment to conduct research on conversational understanding. The ‘Tay.ai’ experiment completely backfired, with nefarious Twitter users and trolls teaching Tay to tweet a lot of controversial and offensive things. In fact, the backlash was so unfortunate, that Microsoft took down the account after just 16 hours and issued an apology.

Like a young child, an AI needs to be taught what’s right and wrong as it has no idea. So, some sort of program will have to be introduced to limit user’s influences on these AI learning programs. 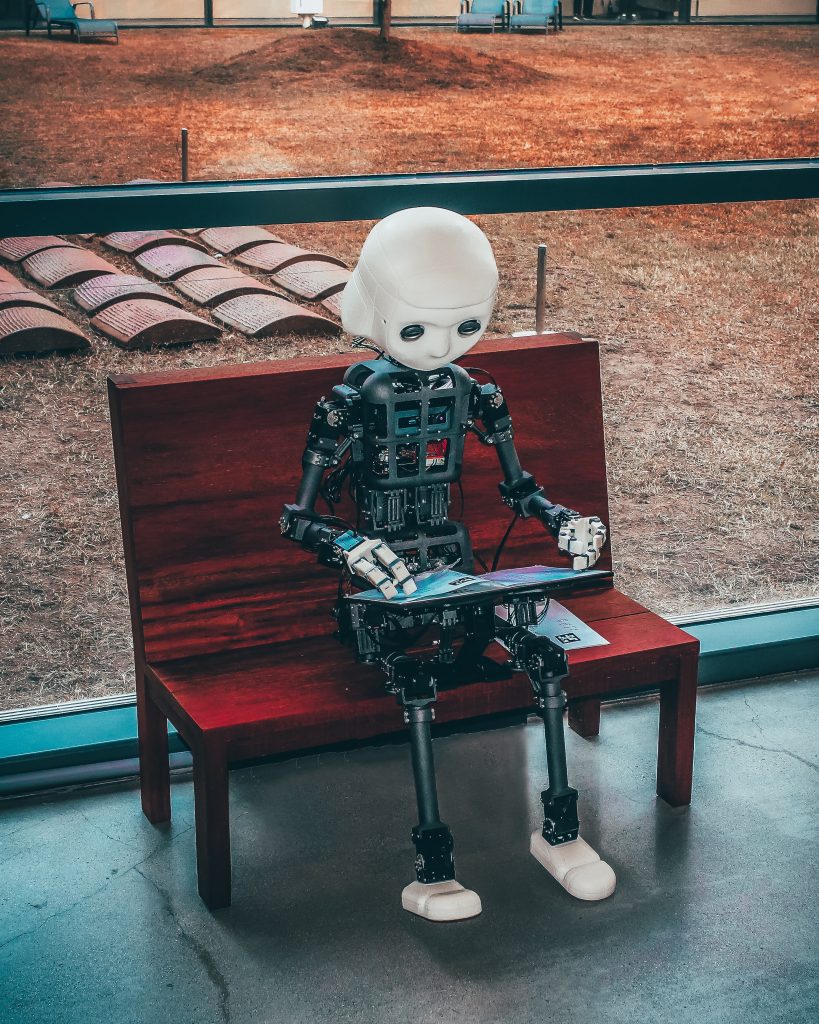 This article was written ‘mostly’ by a human (besides a few grammatical suggestions by Word’s robotic editor).

But this one wasn’t. Published in September 2020, this gives us a current idea of how the AI world is progressing.

The AI in question, OpenAI’s language generator – GPT-3, had to be prompted with some instructions before it got started. It then produced 8 different articles, each were unique and featured a different angle.

The Guardian then decided to cut, edit and splice together the best pieces from each article in order to show the AI’s full range of styles, joking (maybe?) that it took less time to edit some human work.

However, if you read through the article, even though it’s well written and interesting. It definitely sounds like a robot wrote it. So, writers rejoice! We are still needed to bring humanity and emotion into articles and other written work.

Perhaps for certain services, replacing humans with AI isn’t a bad thing. Unless you can find people that like having someone angrily messaging them 24/7. Chatbots are an ideal solution, able to automatically answer a customer’s questions no matter the time.

It makes things more efficient and frees up time for better roles. But there can always be humans there for backup if a bot can’t help.

Despite warnings against AI from the likes of Stephen Hawking and Elon Musk, we don’t know exactly what the future holds, or how soon that ‘future’ will be, change is guaranteed to come in some form. For now, let’s focus on how AI can enhance digital marketing services.

Digital Marketing Agencies can use AI to Make Business Boom

AI for marketing is already providing marketing strategy-enhancing data for the big corporations.

AI for digital marketing will allow smaller businesses to compete with the big companies. So, consult a digital marketing expert, like the ones at Revive! We can interpret the data in the right way and understand how AI’s machine learning can work to support your marketing strategy.

Take the weight off your shoulders and get in touch.